The challenges of performing research in a court cell 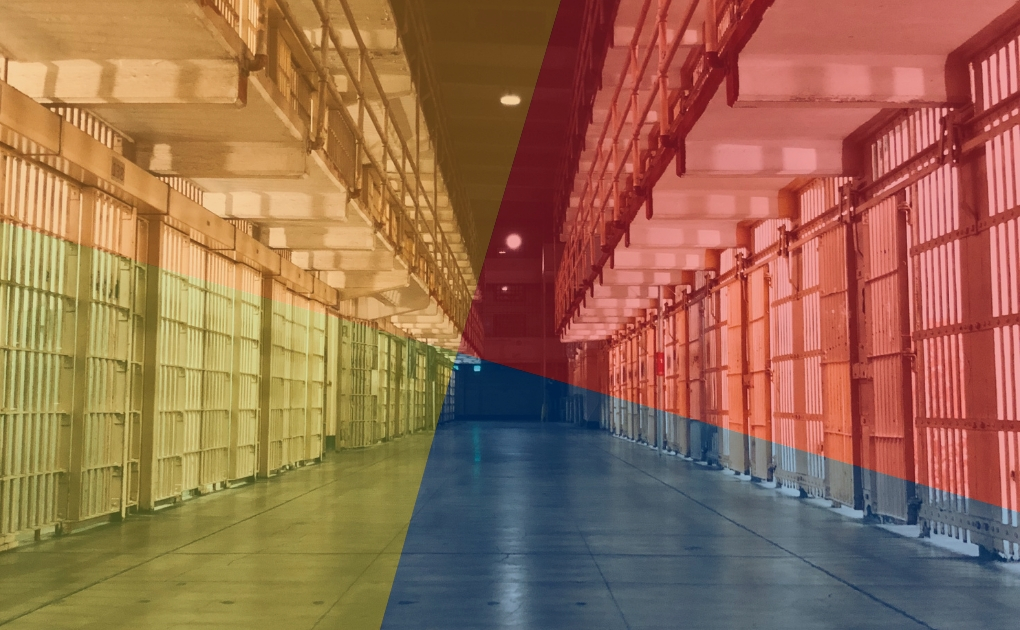 Richard Len provides a very personal account of the challenges when researching in a prison environment.

Upon entering the holding cells found underneath a court, two things strike you. Firstly that there’s an overriding sense of cold, both figuratively and literally – these often Victorian buildings are barren, wiped-clean white, full of utilitarian hard surfaces, and missing any heating apparatus that might be fashioned into a make-shift weapon.

Second, that there’s a pervasive sense of boredom. Holding cells are liminal spaces between the real world and the prison world, featureless places filled with people uncertain of their fate, and with nothing to do but contemplate the (largely unpleasant) possibilities for it.

I found myself in this place to research how Prison Custody Officers (PCOs), the cells’ front line staff, are best equipped to provide the proper duty of care to vulnerable prisoners, those most at risk to themselves – particularly the very young and those suffering with mental health issues.

It’s not a normal place of work for a user experience researcher, and prisoners aren’t normal users. But working in a challenging environment such as a prison can be hugely instructive – below are three key learnings that I took away from the experience, re-usable for any such assignment.

1) It’s a tough place, take your learning as you go

PCOs are, understandably, not used to giving tours. They are also short on time, and responsible for maintaining control in an environment where must be constantly be alert to potential danger. That leaves little headspace for answering an inquisitive researcher’s questions.

As if to demonstrate this, on my very first morning an alarm went off due to a fight erupting. I began walking away from the cells, PCO behind me, and came face-to-chest with a very large, very angry prisoner. I was escorted safely away, but it was a salutory lesson in why I would never get one hundred percent of a PCO’s attention.

To get as much face time with them as you can, setting out the context correctly is critical – truthfully telling them that I was there to cut down their paperwork cut a lot more ice than the vaguer ‘I’m here to observe’, which saw me sat in a waiting room for much of the first morning.

2) Be wary of emotional bias

Holding cells have a constantly charged atmosphere, and as a researcher there’s a temptation to let emotion cloud your assessments. One young kid I saw came in cocky as anything, and after twenty minutes in the cells had broken down and was plaintively blubbering. It’s impossible not to feel empathy in those situations, but being sucked into the human story can get in the way of gathering the facts.

This goes for speaking with staff, too – PCOs are only human, and some feel more strongly about some types of crime than others. One woman brought in for driving under the influence – poignantly and incongruously still dressed in party clothes from the night before – was given particularly short shrift from a PCO whose family had suffered at the hands of a drink driver. Again, I had to separate the facts from the emotions, and found keeping a watchful eye for bias critical.

3) Expect your powers of observation to be tested

A research lab this isn’t. Even as an experienced, professional observer, it can be extremely difficult to pick up the information you need. I was looking specifically for evidence of how we might improve the efficiency and effectiveness of their check-ups on prisoners, but found watching the PCOs more difficult than I’d suspected.

For reasons of safety and security that speak for themselves, PCOs do not want to telegraph their moves to prisoners. Their movements look relaxed and casual, but have in fact been carefully honed to be as subtle as possible. You’ll see two walk to cell, loiter for a second, looking nonchalant, then suddenly move in unison to open the door and slip in.

Recalibrating your observation eyes is mandatory, particularly as no concessions are made for you in this type of environment. Even the simplest acts are carefully choreographed – a rich seam of information for the researcher, but trickier to initially make sense of than you might think.

Researching in the holding cells is a unique experience. But I believe it’s tremendously important work, that I’m privileged to be a part of. PCOs are an example of the type of public service worker who is providing a crucial service, but dealing with imperfect processes to do so.

Cutting the paperwork and increasing the time for person-to-person care is a win-win for both PCOs and vulnerable prisoners – and there simply is no other way to do that than immerse yourself in the environment. Challenging? Yes. Worthwhile? Indubitably.

At ExperienceLab, we have developed a unique approach for tackling the improvement of often complex and sensitive public services. We also apply this user-centric philosophy to commercial projects which make a real difference to ROI – talk to us about how we might help your organisation today.

Richard is a senior UX consultant with strong roots in the financial services space who enjoys creating innovative solutions from simple apps to large ecosystems. Experienced in the meaningful design of new technologies to solve real problems.

With a keen eye for detail, constantly curious to learn more, strong communication skills with stakeholders local and remote, Richard’s approach is a constant focus on the User and Business Win Win.